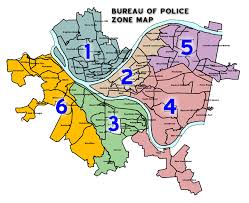 The Police Blotter was Code for Pittsburgh’s longest running project. Lead tirelessly by Mark Howe, the project entailed the creation of scripts that scraped public police crime data from City of Pittsburgh csv files, parsed and loaded the text to a PostgresSQL database, geocoded it, and displayed the results on fully searchable map.

After 18+ months of careful stewardship, the public presence of the Blotter (and other factors) led to the City’s Police Department working with the WPRDC to formally publish their data directly in a standardized, open format.

Consider this one a mission accomplished. The blotter was retired in November 2016.