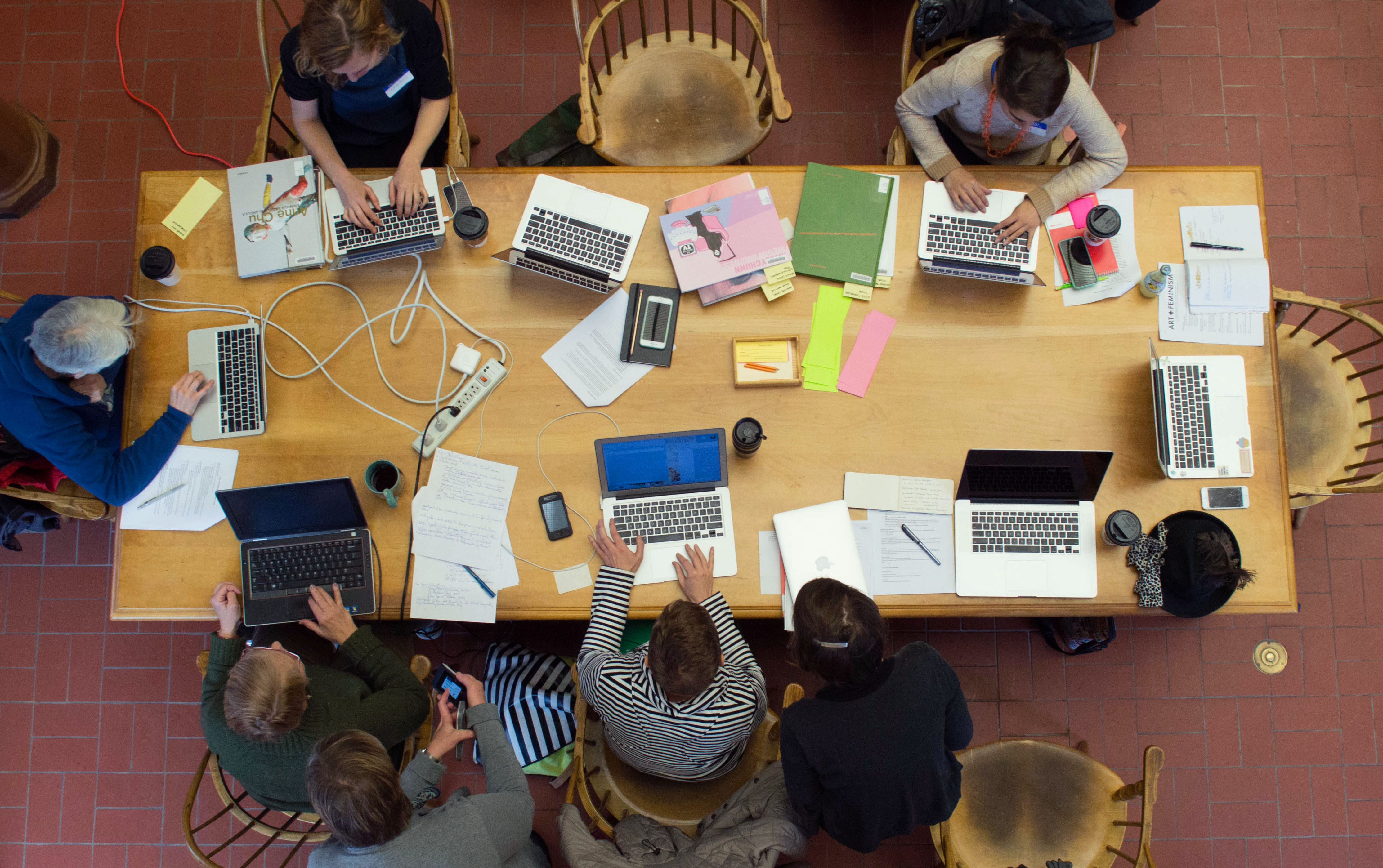 The year opened with a change in leadership team, prefigured by the launch of the Western Pennsylvania Regional Data Center in October 2015. Brigade Captain Bob Gradeck stepped down, and Connor Sites-Bowen & Christian Gass stepped in and took the role.

The organization changed names in August, from OpenPittsburgh to Code for Pittsburgh, due to a name-space collision with a once-defunct prior organization.

November provided a huge shift in context, from a cooperative and future-focused federal government to … an open question. The national organization has been quite vocal in its calls for a renewed and redoubled local effort, as the brigades work with local and state governments, those who provided the most direct government services.

2016 saw the rise and fall of a number of projects, some more formalized than others. This is not a complete list, rather some highlights:

After a rocky start in January, regular monthly meetings continued through the year, except for a November hiatus as the brigade captains spent the early part of that month attending the Code for America Summit.

There were also monthly outposts with Code and Supply, and a few one-off events.

This CodeAcross event was done in collaboration with Art+Feminism, the University of Pittsburgh Library System, the STUDIO for Creative Inquiry, BOOM Concepts, and others.

You can read a full report here (pdf link).

Endless thanks to Alexandra Oliver & Vicky Clark for hosting - Code for Pittsburgh (OpenPGH at the time) was able to provide logistical support and day-of staffing, but it was very much their event, and they did a fabulous job.

The leadership team will be contacting Alex & Vicky shortly to find out the status of a 2017 Edit-a-Thon.

This presentation was a collaboration with the local chapter of the AIGA, the professional organization for graphic and web designers. It was the first time the current leadership team had done an outreach presentation, and it generated significant interest.

It also sparked the September and October Civic Hack Night themes - the speed dating and the pitch night.

Our friends at Code & Supply have graciously allowed up to host informal outposts at their Build Night events. These have been great outreach opportunities.

Leadership Team: "Also, a structured time to catch up on emails & tweets!!!" 😉

Expect this partnership to continue and deepen, especially as Code & Supply moves into their new space in Friendship/East Liberty.

Events Hosted by Others

There were many wonderful Civic Tech events this year, many of which were cross-posted on Code for Pittsburgh, attended by CfP members, or which had CfP leadership as presenters, table hosts, or otherwise affiliated.

Special mention to Carnegie Mellon’s Students for Urban Data Systems (SUDS), which hosted more than a dozen events and hack nights, all of which were open to the public.

How Has Membership Grown?

Code for Pittsburgh has a very open notion of membership. There are no dues, and no email list. The most “official” status a person can make is to join the Meetup group. That group grew almost double in 2016, from 277 members to 502. Here are the join rates, by month:

Twitter has seen steady engagement, especially during and after the Code for America Summit.

We seem to have graduated out of the Google Group - it hasn’t seen new emails in months. Most of that activity has moved to Twitter or Slack.

We launched Slack on November 20th, and have 35 slack members, 15 of whom are active (as of this writing).

We have 1267 twitter followers right now. This is a significant increase from the under-1000 followers we had at the beginning of the year. This saw a jump in both follower-count and interaction after the Code for America Summit, where many twitter-friendships became real-life ones.

We had so many wonderful community partners this year! Here is a (non-exhaustive) list:

2017 is shaping up to be a year of action, the start of a longer journey.

We have a lot of exciting plans, from new events to new data, and new ways of serving the community. We hope you’ll join us on that journey.

Follow us on Twitter, find an event on Meetup, and, above all, keep on loving your city!

Connor Sites-Bowen, Brigade Captain, and the rest of the leadership team at Code for Pittsburgh